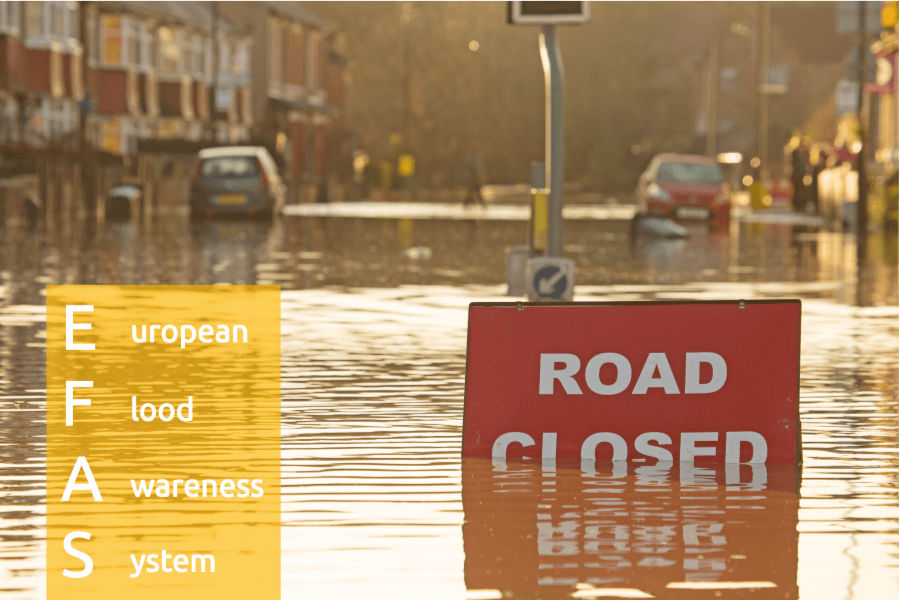 The aim of EFAS is to support preparatory measures before major flood events strike, particularly in the large trans-national river basins and throughout Europe in general. EFAS is the first operational European system monitoring and forecasting floods across Europe.

Since 2012 EFAS is running fully operational as part of the Copernicus EMS. The Operational EFAS consists of four centres executed by different consortia: 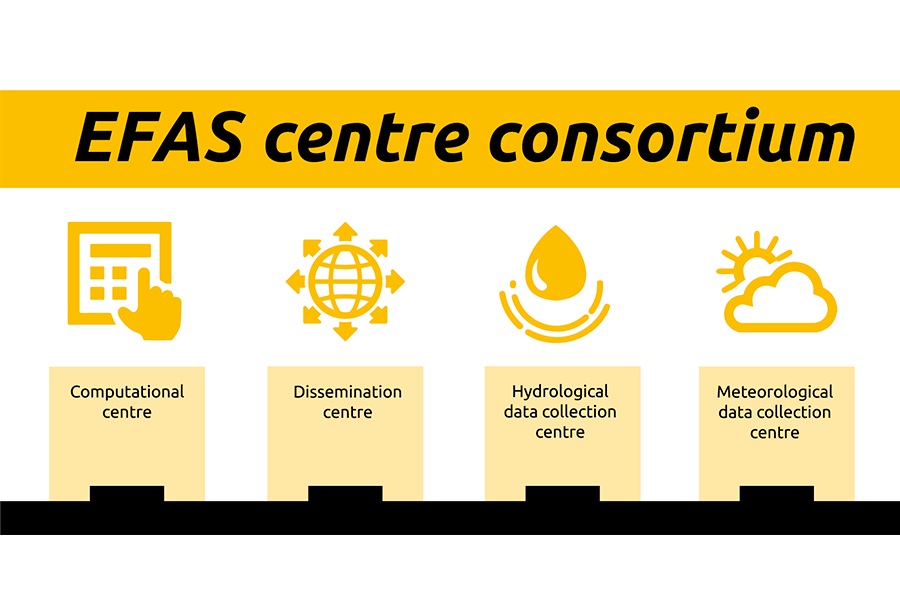 In 1999 the Joint Research Centre (JRC) of the European Commission started a research study for a European scale flood forecasting system (EFFS) in collaboration with national authorities and experts from different Member States.

The disastrous floods in Elbe and Danube rivers in 2002 confronted the European Commission with non-coherent flood warning information from different sources and of variable quality, complicating planning and organization of aid. The EFFS developed by the JRC successfully provided ad-hoc simulations of the ongoing floods and a forecast on how the flood waves could be expected to travel down the Danube river.

In response to this event and following a Communication of the Commission on the Elbe and Danube floods, the Joint Research Centre of the European Commission was assigned with the task to further develop EFFS into a fully operational, European-wide flood forecasting model. The first developments towards such a European Flood Awareness System (EFAS) were initiated in 2003, together with experts from Austria, Czech Republic, Germany, Hungary, and Slovakia and using forecasts from the German weather service.

In 2004 a collaboration agreement with ECMWF was signed, allowing the JRC to incorporate also ECMWF ensemble prediction data and its higher resolution deterministic forecast into EFAS in real-time.

From 2005 to 2010 EFAS was tested in real-time mode, together with the newly established EFAS partner network, consisting of national and regional flood forecasting authorities, and later also with the European Civil Protection.

In 2011 EFAS became part of the Copernicus EMS initial operations and in support to European Civil Protection. The operational components have been outsourced to Member State organizations.

In 2014 Flash Flood Notifications were introduced.

A major release of EFAS (4.0) in 2020 included among others an increase in the temporal resolution of the forecasts (from daily to 6-hourly).

In 2021, a beta-version of the Global flood monitoring product was released as well as the EMO-5, a high-resolution multi-variable gridded meteorological data set for Europe.

For 2022, another major release of EFAS is foreseen including a higher spatial resolution (from 5-km to 1 arcmin, ~1.3 km).