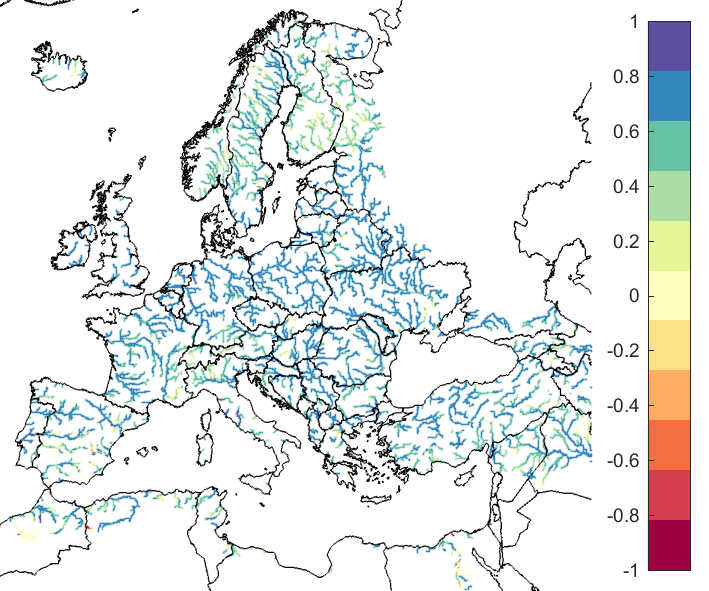 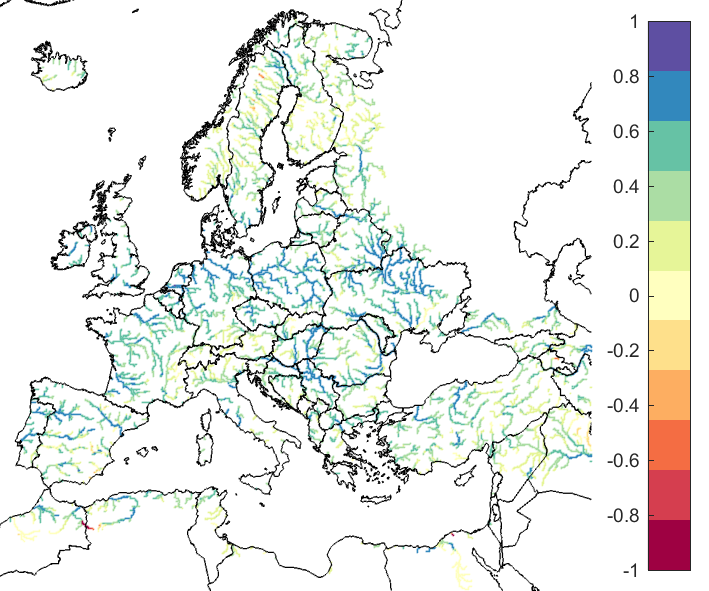 Figure 2. EFAS CRPSS at lead-time 3 days for March 2019, for catchments >2000km2. The reference score is persistence. 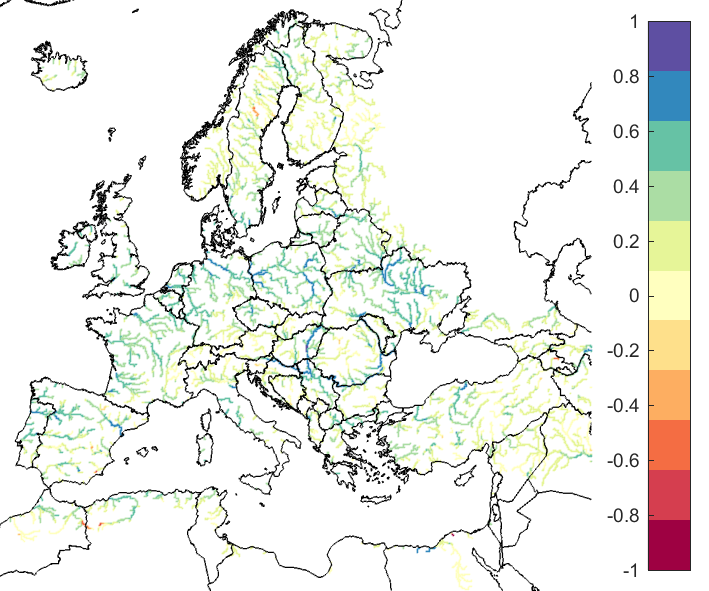 Figure 3. EFAS CRPSS at lead-time 5 days for March 2019, for catchments >2000km2. The reference score is persistence. 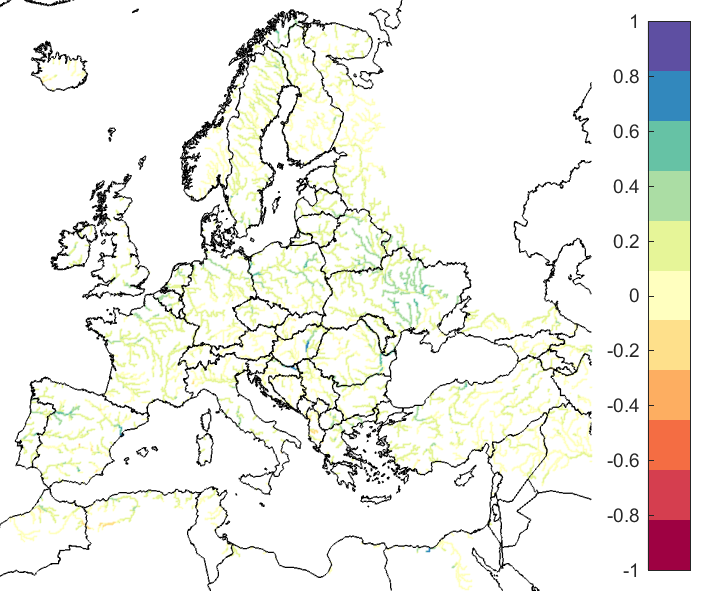 Figures 1-4 shows the EFAS headline score, the Continuous Ranked Probability Skill Score (CRPSS) for lead times 1,3,5, and 10 days for March 2019 across the EFAS domain for catchments larger than 2000km2. A CRPSS of 1 indicates perfect skill, 0 indicates that the performance is equal to that of the reference, and any value <0 (shown in orange-red on the maps) indicates the skill is worse than the reference. The reference score is using yesterday’s forecast as today’s forecast, which is slightly different than we used previously and very difficult to beat.

These maps indicate that across much of Europe for forecasts are more skilful than persistence at both lead times. Regions shown in blue are those where EFAS forecasts are more skillful than persistence, with darker shading indicating better performance. The skill over the period were better in the central parts of Europe over the period than in the northern and southern parts of Europe.