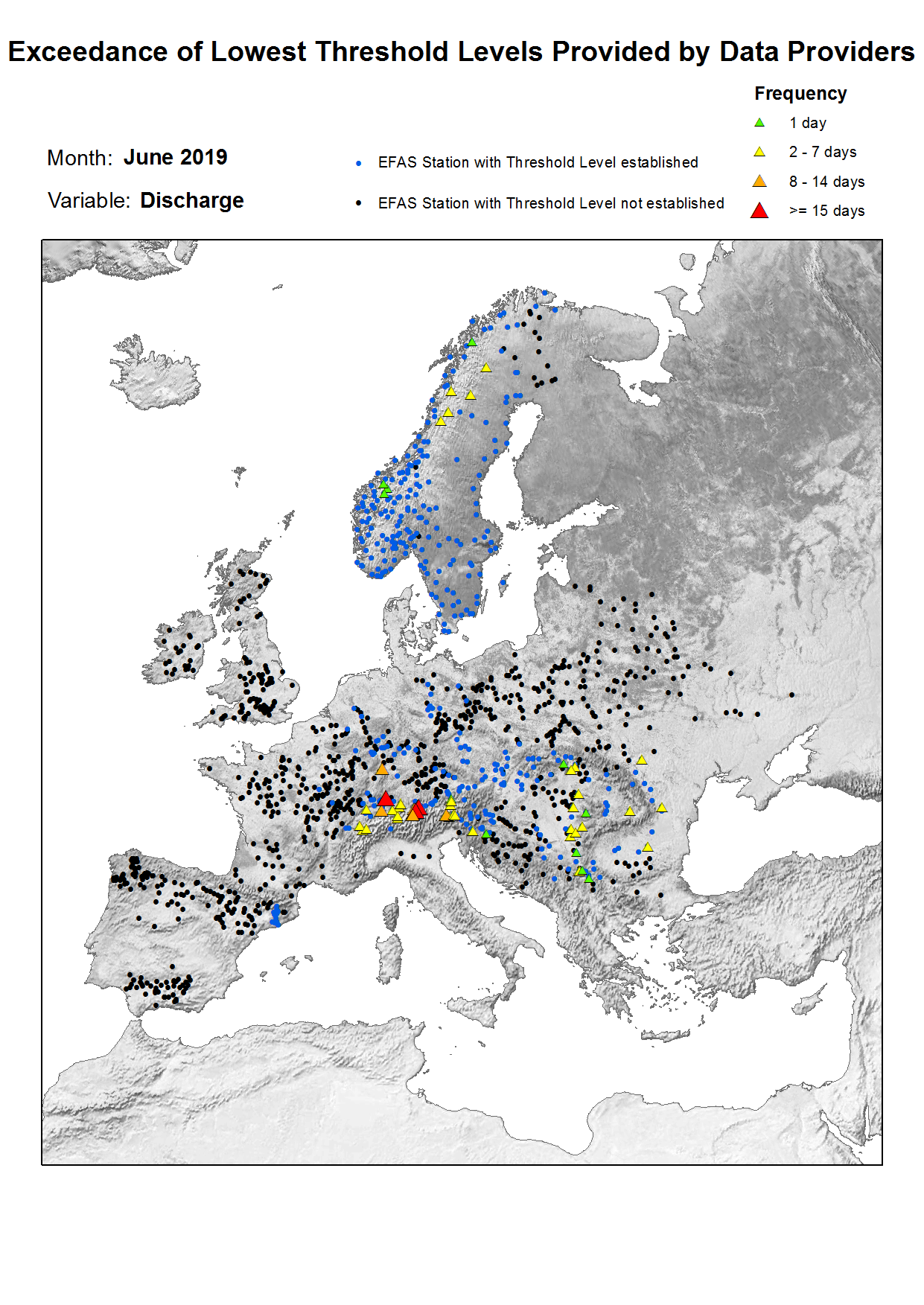 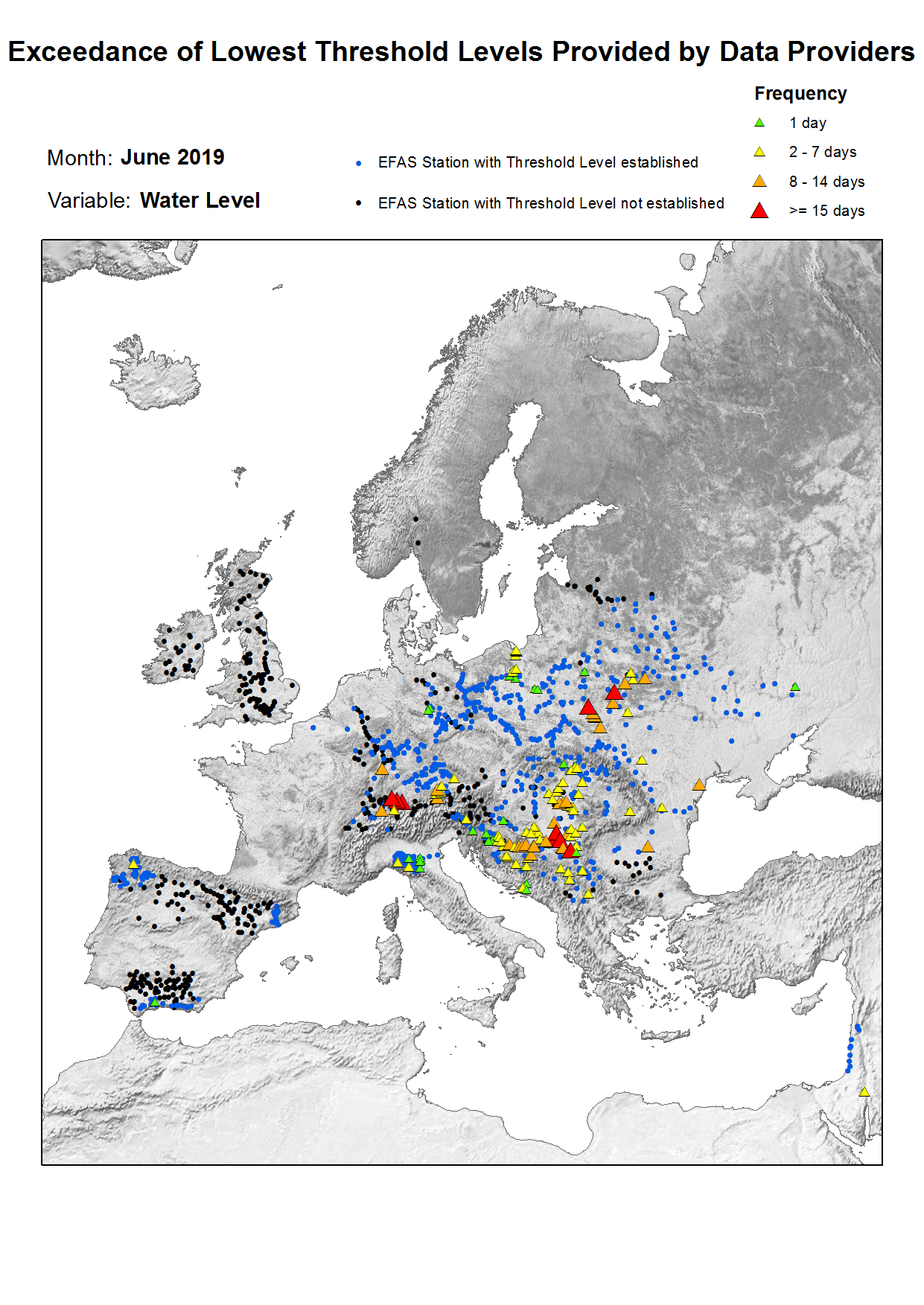 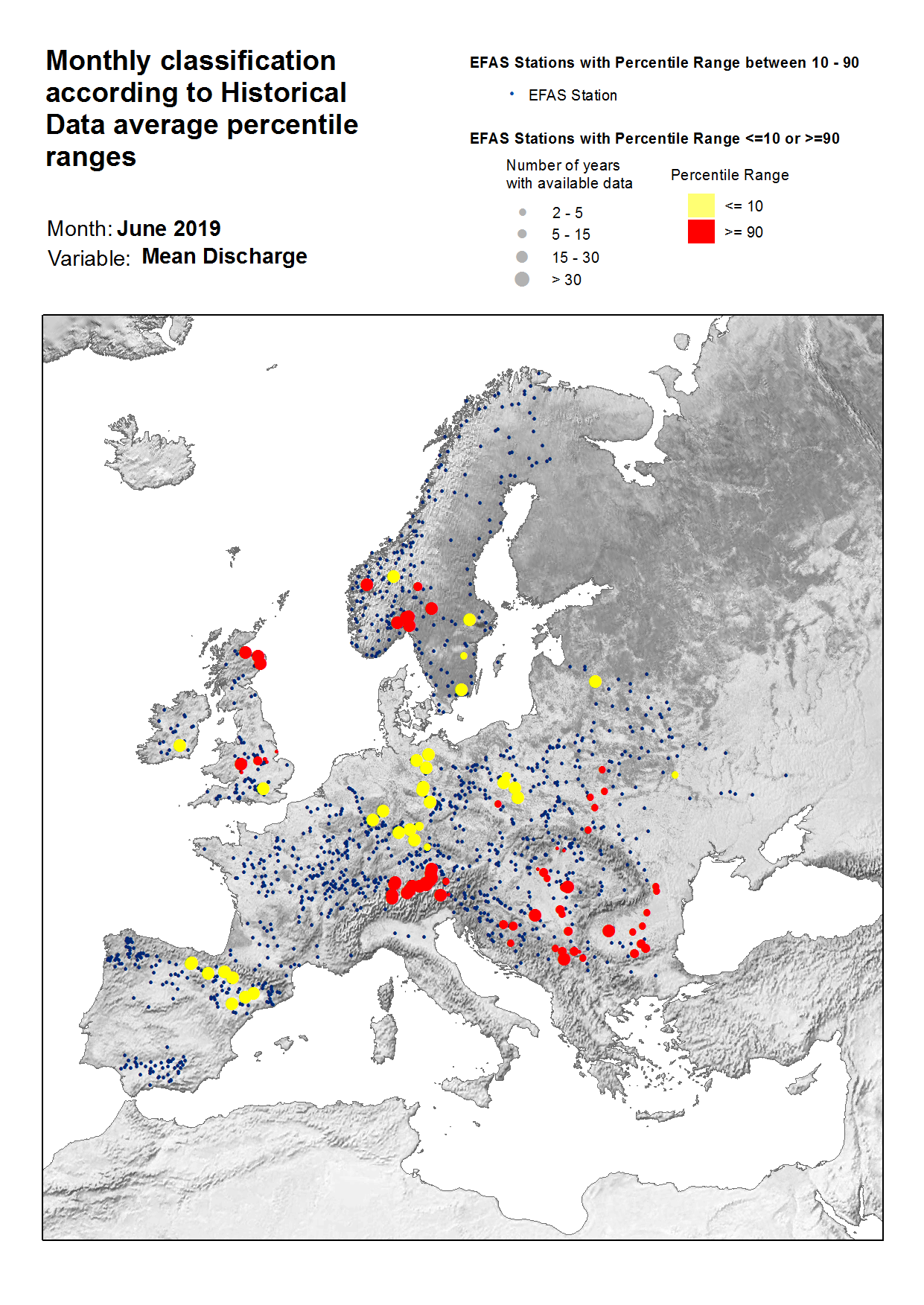 For the month of June, the highest concentration of stations that exceeded their lowest threshold level is located in the Danube basin, mainly in the Danube main stream, the Sava and Tisza rivers but also in tributaries in western, northern and central area, with most stations in western Austria, south-eastern Germany, Republic of Serbia, Croatia, Bosnia-Herzegovina, Hungary, the Slovak Republic, Hungary, Romania and Slovenia. There is also a remarkable concentration of stations across the Po basin in Italy, the Rhine basin in Switzerland and southern Germany, Vistula basin in Poland and western Dnieper river basin in Belarus and Ukraine. A more dispersed distribution of stations with exceedances occurred in northern Norway and Sweden, the Neretva basin in Bosnia-Herzegovina, Elbe river basin in Germany, Don and Dniester basin in Ukraine, the Dnieper river in Belarus, Minho-Sill and Guadalhorce river basins in Spain and Hyron river in Israel.

Stations that registered discharge values above the 90% quantile are mostly located across the Danube river basin, mainly in upper Danube in the borderline between Austria and Germany, the Sava and Tisza rivers, eastern Dunube in Romania and, in western Ukraine, the Dnieper and Dniester basins. This occurred less frequently for stations along the Rhine river basin in Switzerland, Scotland stations, central area of England and southern Norway. The Gota river basin in Sweden and Oder river basin had only one station fulfilling this condition.