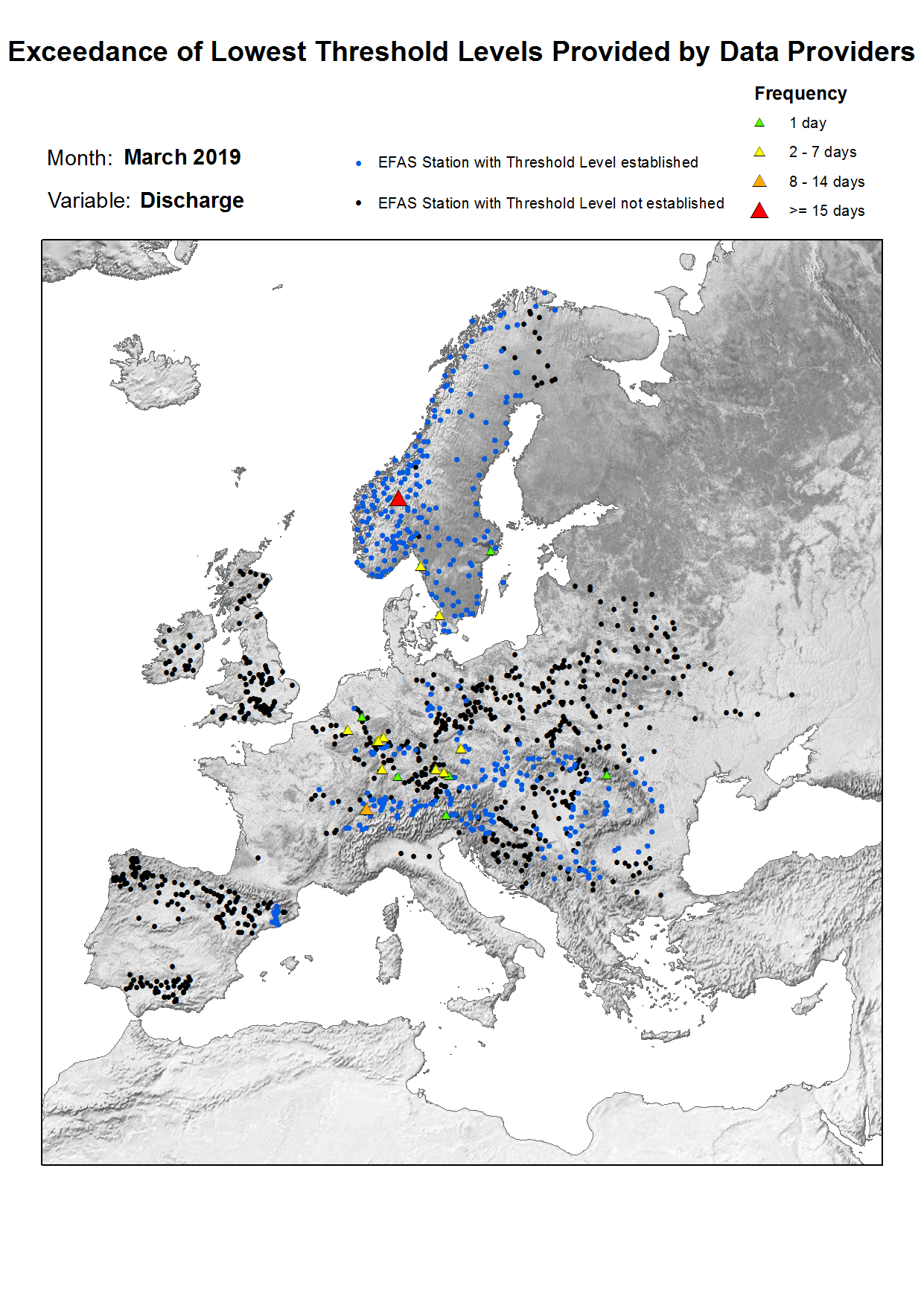 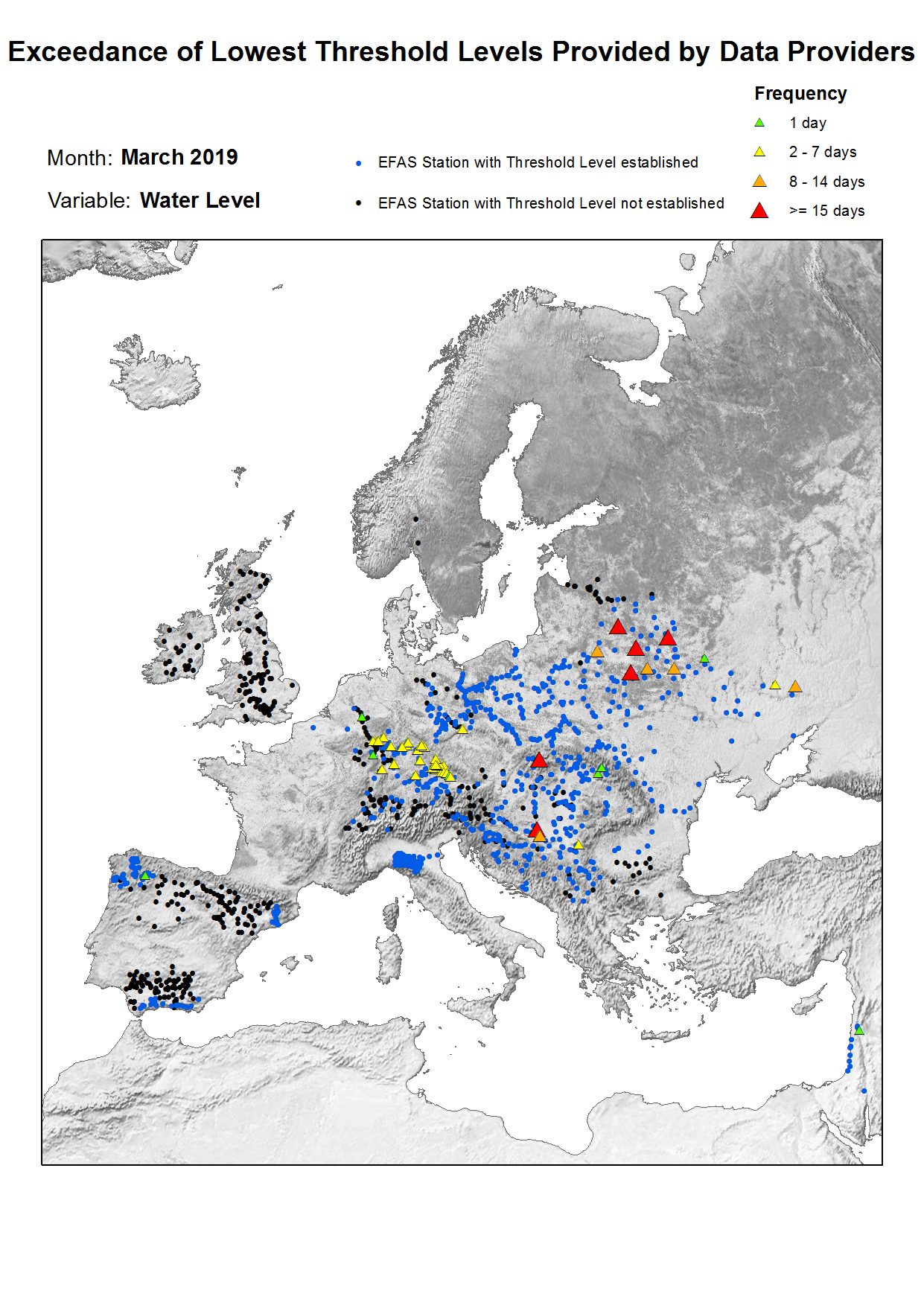 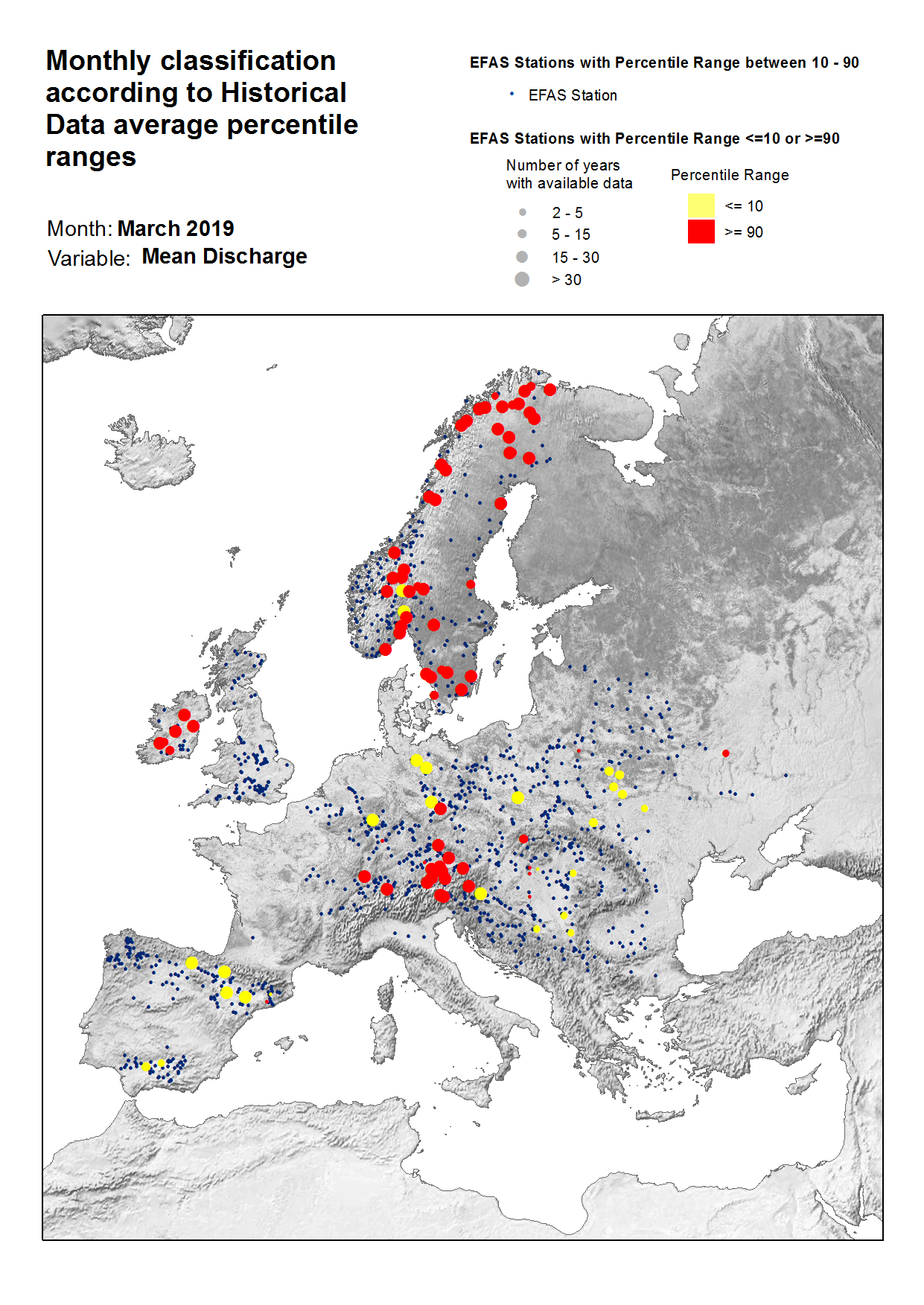 Stations registering values below the 10% quantile for discharge are mainly located across the Danube river basin, in western Ukraine along the Dnieper, Dniester and southern Bug as well as in Spain along the Ebro, the Guadalquivir and the Llobregat river basins. This occurred less frequently in stations across Germany (the Elbe and Rhine river basins) and the Oder river basin in Poland.