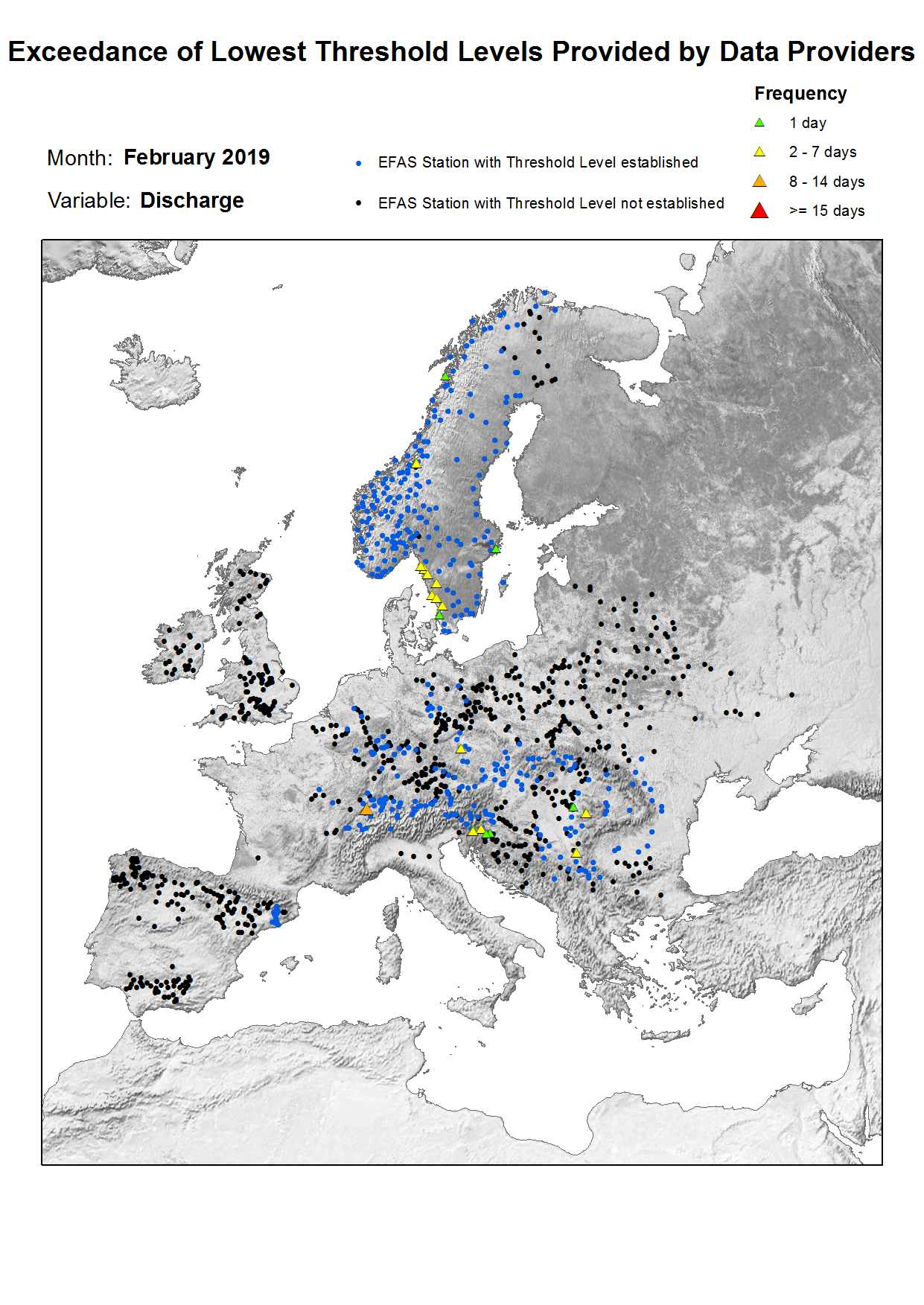 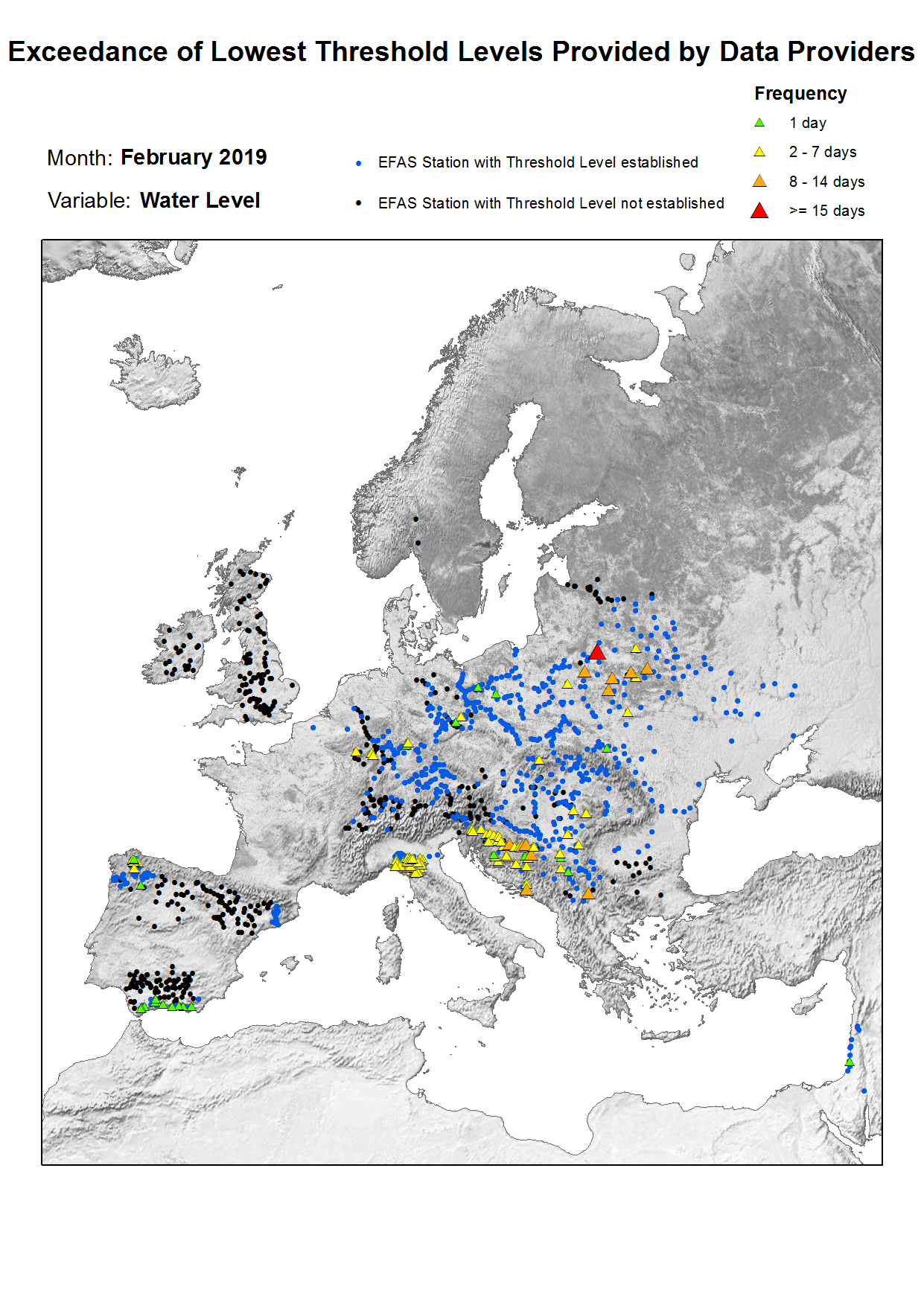 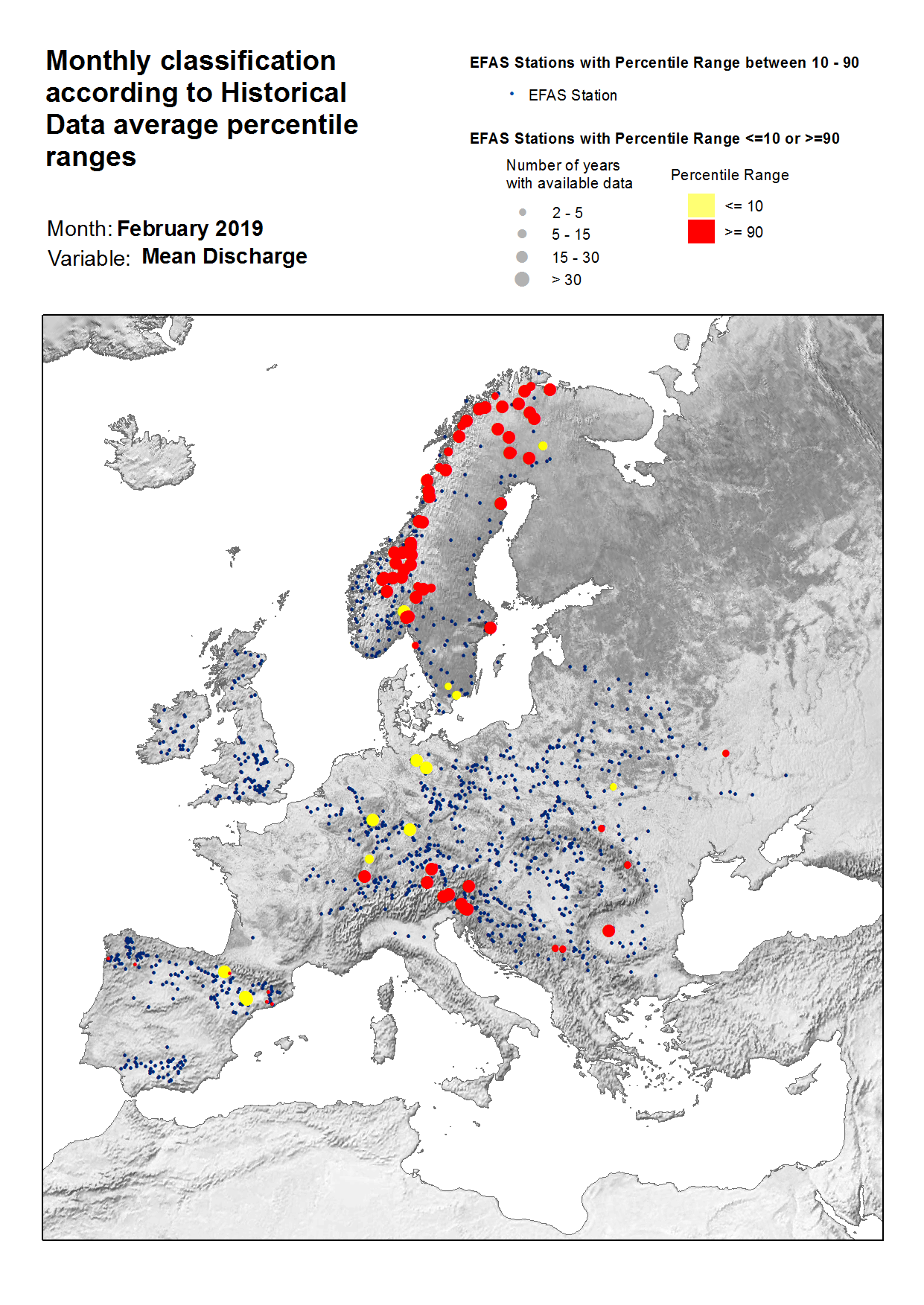 Stations with values registered below the 10% quantile for discharge are mainly located across the Rhine and Elbe river basins in Germany and Ebro river basin in Spain. This occurred less frequently in stations across Scandinavian countries and for one station in Dnieper river basin in Ukraine.