Summary of EFAS Notifications in 2022

Remarkable periods in 2022 were:

For comparison, Figure 2 indicates the total number of EFAS notifications per year for the past 10 years. 2022 was relatively ‘normal’ for formal and informal notifications. The number of flash flood notifications decreased significantly compared to 2021.

Figure 3 breaks down the number of notifications over the past 5 years into seasons (December-January-February [DJF], March-April-May [MAM], June-July-August [JJA] and September-October-November [SON]). 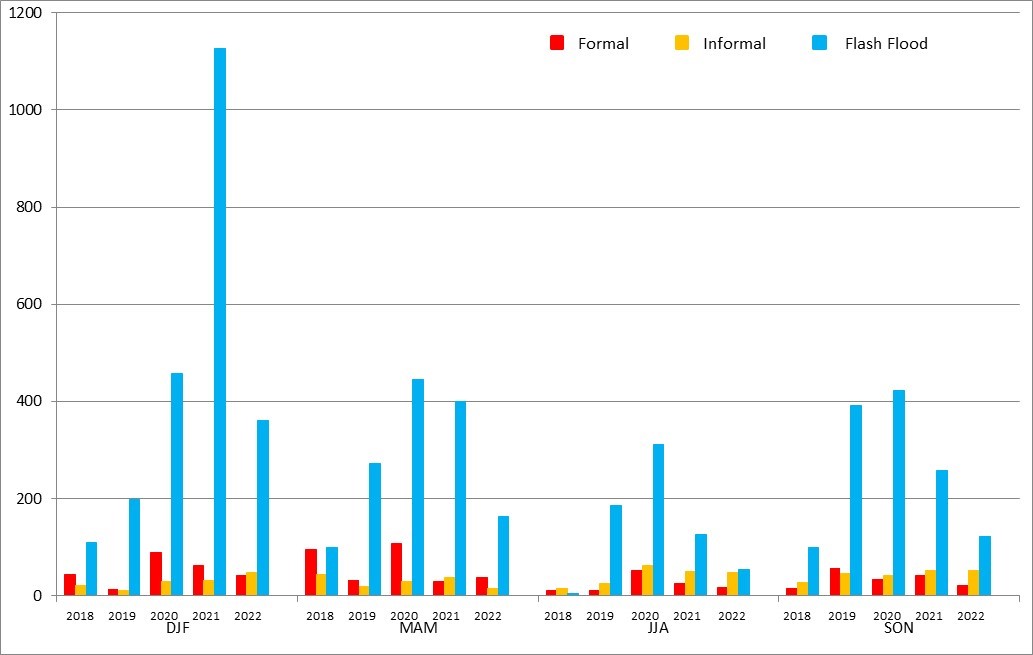 Figure 3: Number of EFAS formal (red), informal (yellow) and flash flood (blue) notifications issued per season over the past 5 years (2018-2022)

In 2022 EFAS DISS has continued with the analysis of the results from the floodlist information system (https://floodlist.com/) on an operational basis, using the Global Reporting Tool (GRT). Reported flood situations for large river basin throughout the world were analyzed on a daily basis Verified information was released for publication on the Global Disaster Alerting Coordination System (GDACS; https://www.gdacs.org/) that is used by the UN and the EU to coordinate disaster relief actions. In total 923 flood reports have been verified and released for publication in GDACS by EFAS DISS in 2022. 133 events occurred in Africa, 267 in Asia, 189 in Europe, 145 in North America, 161 in South America, and 28 in Australia and Oceania. The total amount of 2022 is comparable to 2021.